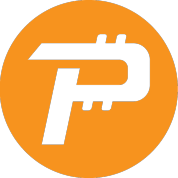 PascalCoin is account-based blockchain that mirrors how traditional bank accounts work. The blockchain is used to build a secondary data-structure (which maintains the account states) allowing the blockchain to be deleted.

The primary innovation of PascalCoin is the ability for it’s blockchain to be deleted whilst retaining almost all of it’s cryptographic security.

💡 It is like pruning except without the need to retain the original chain for initial synchronizations.

Sphere 10’s contributions are many and focused on architectural improvements that solve scaling and introduce compelling new Layer-2 use-cases.

Please refer to the whitepapers for more information

Sphere 10 Software was deeply involved in the Pascal Coin project and our contributions ranged covered technical, business and management aspects.